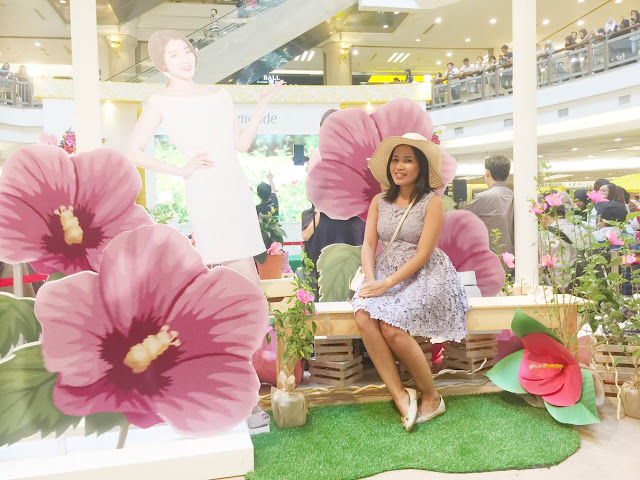 Arriving in Malaysia for the first time, Park Shin Hye greeted fans and exchanged flowers with Mamonde's management staff as a gesture of appreciation and love for welcoming her to the launch of Mamonde Flower Day. 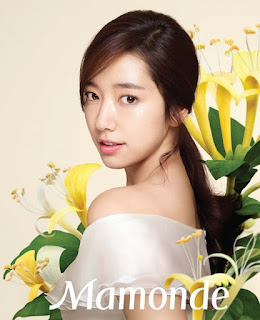 Themed around Mamonde's flower of the month - the Hibiscus, the LG, Oval Concurse of 1 Utama Shopping Centre is transformed into a flower garden with Hibiscus as the main highlight amidst Mamonde's other four key flowers i.e. the Honeysuckle, Narcissus, Lotus and Camellia. The event was a fun-filled affair featuring a myriad of activities and flower attractions. Participants at the event were treated to game stations such as the Flower Dice and Cotton Candy, photobooth, 5 Key Flowers activity booths and a contest with a chance to win prizes. At the Mamonde Flower Garden, the public was given an opportunity to experience of Mamonde's Five Key Flowers while enjoying special sets and gifts with purchase. 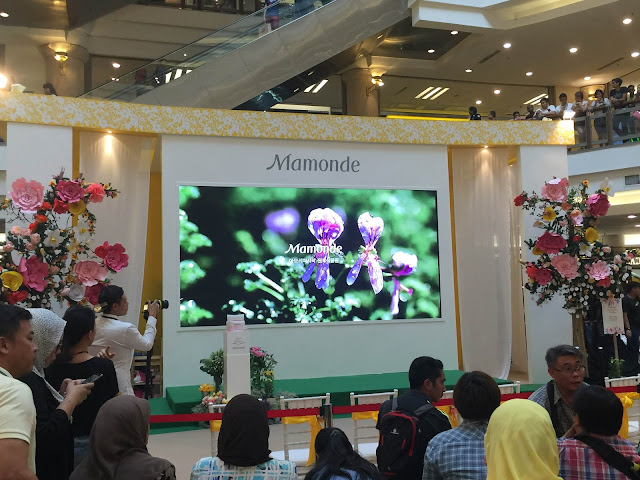 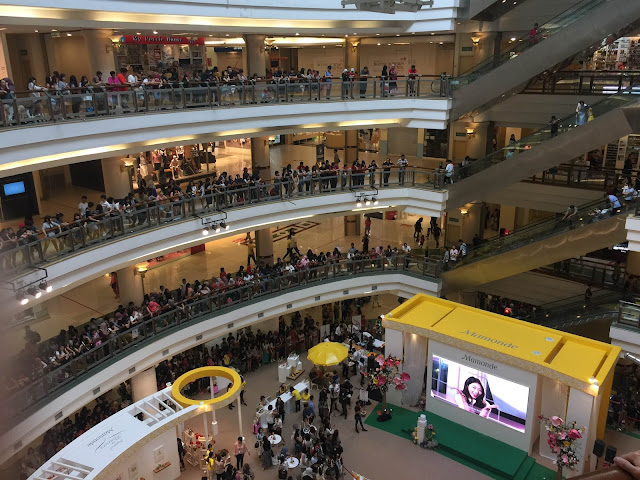 "The Mamonde Flower Day is a significant event for the brand as we wish to instill among Malaysians an appreciation for flowers as a symbol of love and gratitude towards nature and mankind. We are truly honored to have Park Shin Hye grace our event as she personifies the true beauty of a flower and what Mamonde stands for," said Celine Diong, Brand General Manager of Mamonde Malaysia. 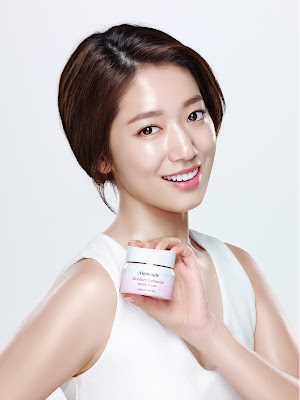 Since its launch, Mamonde has transformed women through the amazing benefits and energy of flowers. Years of research by Mamonde have revealed the moisturizing and skin-nourishing ingredients of flowers which have helped women radiate with blossoming beauty. Mamonde Flower Day will be a yearly celebration of love and appreciation by Mamonde in the month of October, which coincides with Mamonde's introduction in Korea in October 1991.


The Mamonde Moisture Ceramide Range contains the natural moisturizing agent found in Hibiscus and ceramide that are similar to skin components which keeps the skin feeling well moisturized and healthy. The range contains the following benefits.