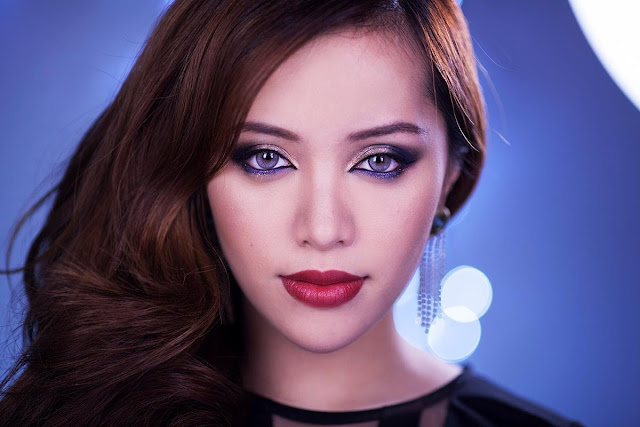 Beauty guru, Michelle Phan have been on hiatus for a long time. There were rumour saying that she met an accident (nope, that was KevJumba), and some said that she passed away (that's a very cruel assumption). Few days ago, Michelle Phan made a low profile appearance online again, clearing that she was just taking a break.

We all know how successful she is by making her name into the Forbes 30 list, launched her own makeup line, establishing her own beauty sample subscription company and so on. She's been a role model to many young girls (me, including except I'm not so young anymore). There are many things that we could learn from her. Seeing her making a come back is a good news for a fan like me. Moreover, her return brings a breath of fresh air with her intention to start all over again. I recognize that she began to turn commercialized and mainstream the past few years. As a follower of her since her RiceBunny era it makes me feel like her personality began to slip away.

Now that she announced her return and clarifying her absence, gave me some thought and there are definitely some points that I can learn from her:


#1 - When you're too tired and losing yourself, simply take a break. It clears your mind and set your purpose back on track to where you started. Instead of pushing yourself further and find no direction to move, it is best to take a step back and view the situation from a distance.

#2 - Prioritize and focus on one single project. Michelle Phan has a Youtube channel that she work on full time, her em makeup line, Ipsy, jewelry line, beauty campaigns, and I believe she has a lot of other side projects such as her comics, beautycon and so on. As a single person, we cannot channel our attention to so many direction at once. I believe this might be the reason why she burn out and lost focus.

#3 - When you achieved something, don't feel too pressured by raising the bar higher. After her fame in Youtube, Michelle has been constantly looking for the next big thing. We have a maximum limit to go and what's more important is to recognize our very own limit. When we have reached the limit, keep to that phase. You only sprint again when you have trained enough to move faster than your limit. If you're a runner you'll understand.

#4 - Never be afraid to fail. Michelle admit that her makeup line was a failure due to the guerilla launch by makeup giant L'Oreal that she partnered with. Admit your failure and learn to improve, that's the key thing in business.

#5 - It's not always about the money. Michelle's partnership with L'Oreal gave her a big beauty database to work with and also a very strong financial support. In terms of R&D, marketing and facility, she had everything to launch her makeup line. But still, it didn't work out for her. Money isn't everything when it comes to business.

#6 - When everything fails, go back to where you started. That is probably the best of her that I can see. Not everyone have the courage to go back to the beginning but it is an important path to take if you stuck in a dead end.


I hope Michelle will continue to inspire and I definitely see the best in her. Will end this with her usual... Good luck.
beauty Just Sharing

Marsya said…
yes, I once tweeted her about coming back on youtube but she replied that she didn't have any inspirations to do it yet. I agree on that and just let her rest and do her thing. I was so happy that she are rebranding hew new cosmetic line! Can't wait. Love the post btw. :)