Things you have to do in London

January 20, 2017
There is a sense of familiarity once you touch down London. It's like an old friend that you have always known. Living in the Commonwealth country all my life, learning British history in school, watching English movies, listening to The Beatles when I was young and grow up listening to the Spice Girls, I've been exposed to England at very young age. The moment I touch down in London, I feel connected.

There are a lot of London bucket list online where you can follow and tick off one-by-one. However, I'm not going to dictate your life on where to go and what to see. Instead, this is a guide for you to build your very own bucket list. These are the things that (in my opinion) you should not miss when you visit London to have the quintessentially British experience. You can even do three items in one event below. It is not a bucket list, but just something you can follow. 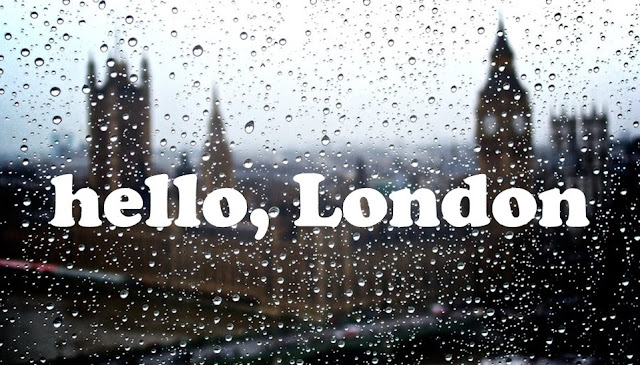 You probably have heard of the good ol' fish & chips in London. The thing is, there are different ways of preparation and cooking of the fish & chips. It really depends on your taste bud. I prefer crispy and thin batter type. I had my first fish & chips at the Blue Boar (Tothill Street, Westminister), which is a contemporary British pub/restaurant dining. Another good place for fish & chips is Pier 1. Some batter are made of beer, if you have concern on halal food, please ask the waiting staff before ordering.


Visit a park & have picnic

Although London is a metropolitan city, it doesn't compromise on the environment. Lushest greenery parks are available throughout the city. Strolling on the park is one of the favourite local activities throughout the day. You can find family playing by the lake, readers sitting on the bench and joggers doing their usual rounds. The most visited park is the Hyde Park, the largest royal park in London. Many popular events are held here throughout the year, and the most promising event is the Winter Wonderland happening in December. If you do not have the time to explore Hyde Park, the St. James Park is located conveniently right next to Buckingham Palace where you can do a crossover visit when you go to the palace. Other than that, there's also Regent's Park located near the zoo.

Going to the pub is a social activity in London. In the olden days, before the invention of TV and internet, the pub is where the locals share news and be seen. There are a lot of pubs all over London. Check out the Time Out Best Bars and Pubs in London. I went to the Churchill Arms located at Notting Hill and arguably the prettiest pub in the hood with quirky interior. Surprisingly, this pub has one of the best Thai Restaurant in London. What a combination...

Although the markets in London are turning more commercialized and tourist-y, it is still a great experience to visit one. The popular markets are Portobello Market (Notting Hill), Camden Market (North) and Marylebone Farmers Market (Central). For antiques shopping, visit Portobello, for cheap souvenirs visit Camden and for fresh produce visit the Marylebone. Grab some snacks at the market too. They're cheap and delish.


Go to a football stadium

What's life without football? Maybe you won't think about it, but to the locals, their home team is everything they live for. The stadiums nearby the city are Stamford Bridge (Chelsea) Stadium Emirates Stadium (Arsenal) and Wembley Arena (close to London Designers' Outlet). Go for a stadium tour to understand the game and why is it such an important game throughout the world. If you can, catch a game. It is pretty difficult to get the ticket, but your concierge may be able to help out. (Tickets are available for sale for club members only and often sold out within few hours). 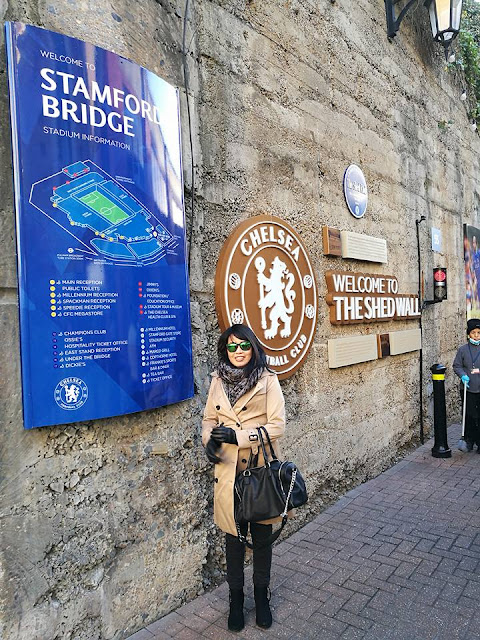 Harrods and Liberty are the two prominent departmental stores in London in terms of its historical value to the city. Liberty started as a trading market where merchants from different countries trade their specialty products. And Harrods have been serving the rich and famous in the olden days. The two stores are keeping up with time and now they have some exclusive designers item where you can't get elsewhere. Harrods have a lot of exclusive deals with the local brands such as Burberry.

London has a large number of rich residents for a long time compared to the other parts of the world. Therefore, you can find a lot of valuable vintage products in the curio stores. The place that particularly attracts these priceless collectibles is at Notting Hill. There are a lot of vintage stores scattered around the town and it isn't hard to spot a good one based on your interest. There are stores that cater specifically for vintage clothing, furniture, toys, records, jewelery or bigger store that has everything.

Even if you are not a fan of museums, you will find a museum that you will like. I particularly love the Natural History Museum where the movie Night in the Museum was inspired from. It makes me feel like I walk through a dinosaur park. Every section of the museum excites me. The mummy room is particularly eerie and interesting at the same time. And the center piece of the museum is a large dinosaur skeleton that is so mind boggling. Despite being one of the most expensive city to visit, London has many free museums such as Tate Modern Museum.

Say scones... Did you just say sko-uns? Well, it is pronounced (rather unmelodicaly) as skhorns. Like many other great inventions by the British, the scones is one of their influence. Scones are now available at every afternoon tea menu. Eating it in London gives a different feeling because, first, they're made fresh here and served with fresh strawberry jam and cream, secondly, you will get an original scones from the original recipe.


Something about the Queen

Everywhere you go, you will see the Queen's portrait. Highly celebrated as one of the best leaders of our time, Queen Elizabeth II is the true icon of England. Even her portrait is printed on the money here. Go visit the Queen at Buckingham Palace. Not literally though, because you won't be able to get in anyway. But you can enjoy the scenery of the palace, observe the changing of the guards and walk in her park. The changing of the guards ceremony does not happen everyday. However, you can check out the schedule at the front of the palace. The best place to view it is from the statue podium in front of the palace. Get the highest step for the best view.

The tube (or subway) of London is one of the oldest and the best intercity train in the world. We all can agree that the British are very good in building the best railway system. Also, the tube is one of the daily mode of transport of everyone here. Experience the culture at the tube - musicians playing on the walkway, homeless refugees seeking for donations, weird characters loitering around and normal characters rushing with their daily schedule. It is a scene that you just have to see it yourself.

The English Afternoon Tea is a must-to-do. Besides a daily meal for the British, the afternoon tea invites a whole different agenda to your not-so-simple high tea. First, learn the proper table manners of savouring the afternoon tea. Secondly, pay attention to the menu selection and also the tea made for pairings. Thirdly, inhale in the surrounding environment and take to heart the finest china use during your afternoon tea. Check out the best place for London's afternoon tea here.

The West End is like the Broadway of New York. There are a lot of amazing shows that worth spending your money for - The Lion King, Phantom of the Opera, Les Miserables, Matilda, Dreamgirls, Mamma Mia and The Wicked are the ones that I have watched. Check out and book the show title and times here.


Go out of the city

You can't say you have been to England without exploring the country side. The nearest country sides you can go to from London for a short trip are Oxford, Bath, Salisbury (where the Stonehenge located) and Brighton (for the beach). The country side are easily accessible by train or bus. You can even take a road trip by renting a car for the ease of moving around. The country side has a lot of nature to offer with guaranteed relaxation on the road.

How can you not take photos at the iconic locations in London? These iconic places are Big Ben, London Bridge, Westminster Bridge, the Parliament, Buckingham Palace, St. Paul Cathedral, the Eye of London, the Shard and the underground tube station signage. 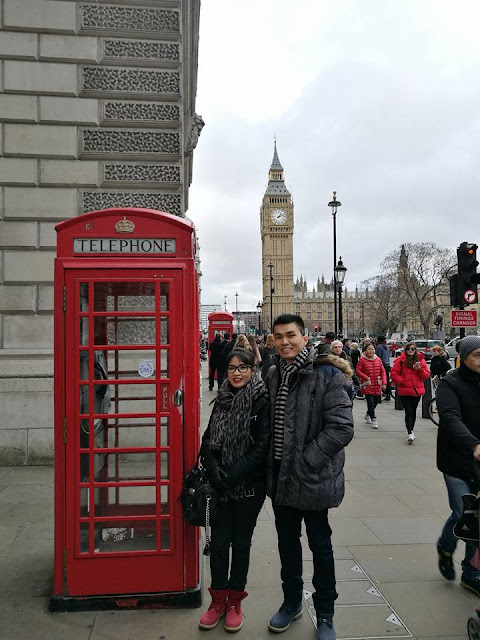 The Sunday Roast is a traditional British food. Like the name suggests, it is typically served on Sunday particularly after church. Right now, it is served throughout the week and all around the clock. The roast comes in different types of meat, the beef being the popular choice, served with mashed potatoes, vegetables and Yorkshire pudding.


Skyline view of the city

You have many options to go to for a panoramic view of the city. The St. Paul Cathedral rooftop is one of the free option, but with limited view because the building isn't that high. For a view that you won't be disappointed, take the Eye of London gondola. The Gherkin and The Shard are the commercial buildings that has magnificent view of the entire city.

In London, people appreciates history. History aren't meant to be learn only in school books. It can be learn through observations, through your five senses and through conversation with the locals. You will appreciate what you see if you understand a little bit of the history of London. If you don't know where to start, take a tour at the Tower of London or get a double decker bus guided tour.
london travel uk
Location: London, UK