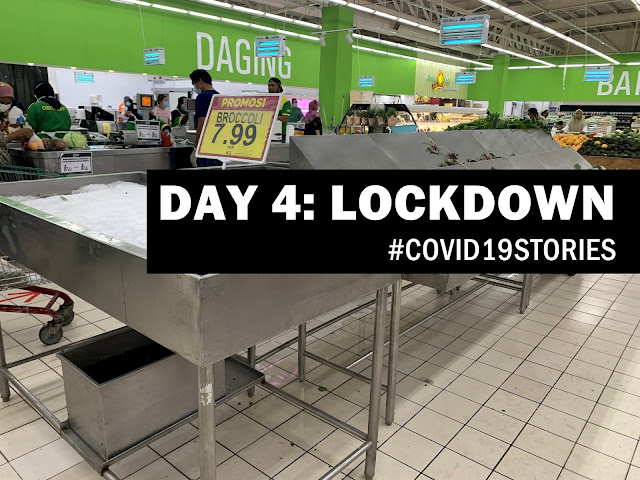 I went out for grocery shopping today, it's madness out there. Initially, I went to AEON because I still have lots of AEON vouchers to spend. But the parking was limited and there is a sea of human at the entrance waiting for their turn to go in. I think they limit the number of pax to enter, but I'm not sure because I didn't get down from the car to check out. I went to Giant instead.


Nothing is spared in Giant. Almost ALL of the fresh foods are completely gone by the time I went. It was quite early. 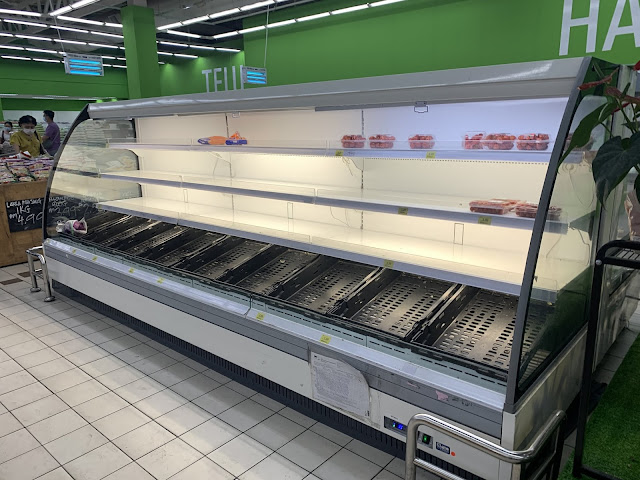 Even Vitamin C is also gone!!! 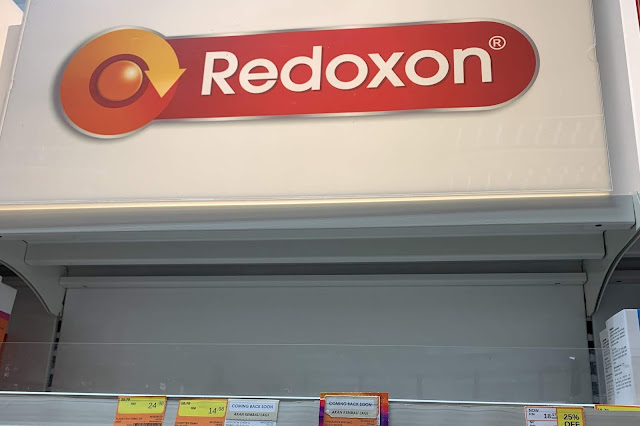 See it with your own eyes. There's nothing left for me to buy. I had only very few items on my list, but I can't get anything. 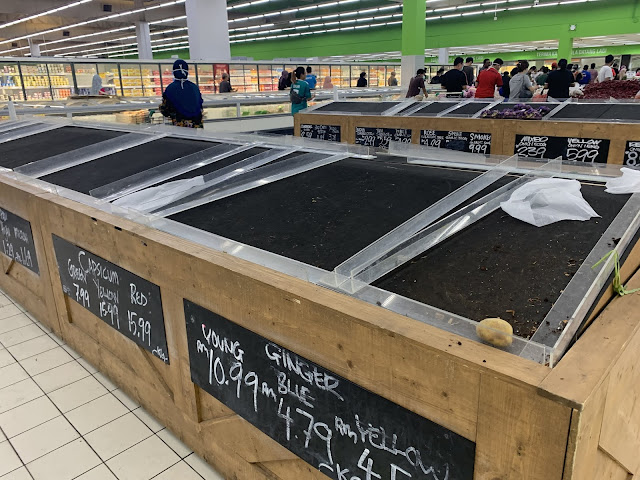 Perhaps I could bring back this lonely potato. 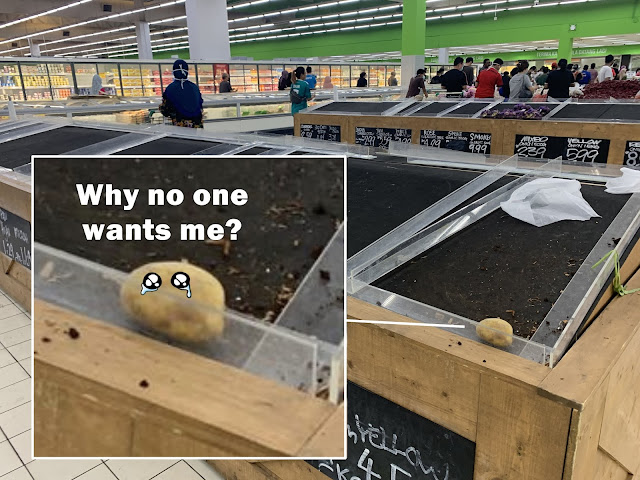 I'm a practising pescatarian, but in this situation, I don't have much to choose. Today I ate chicken and for the longest time, I forgot how fried chicken tasted like.

I cooked nasi lemak for dinner and we had a sangria party after that. I made a mistake by opening the Penfold Shiraz 2017 and Korean strawberry & blueberry for the sangria. Should have use cheaper wine instead.