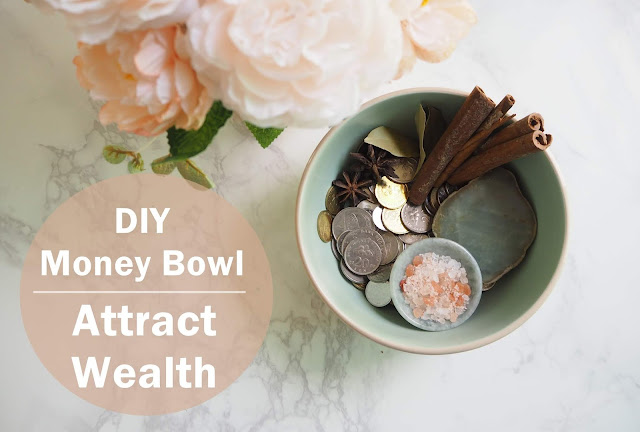 Most of us have different rituals when it comes to manifesting for wealth. Mine is pretty simple. I keep a money bowl. It started off as a catch-all bowl for my loose change. After a while, I realize that having the habit of gathering money in a bowl is actually a practice that many people did to attract wealth.

There is no scientific explanation or data to prove that it actually works. Just like the 3-seconds rule, no one knows for sure if it works. But if it does, you better practice it. If you study philosophy before, #PascalsTheory


What the money bowl is made of: 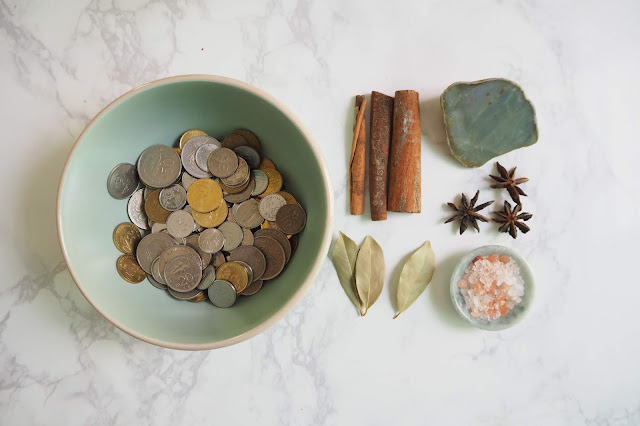 The bowl has got to be made out of natural materials such as china, wood, crystal, glass, or metal. Do not use plastic bowls, acrylic bowls, etc. There is a belief that green bowl works better, I think it is mere preference. I choose green because it complements the jade I'm using in the bowl.

The money that you're going to "collect" in the bowl can be in the form of coins or bank notes. It has to be physical money (not cheques or bank drafts). If you're saving money for travel, you can put in some foreign currencies.

Spices help in fasten the process. You can choose to put any of the herbs or opt for only one. Bearing in mind, other than the bowl and money, you have options to put the other items or not. I opt for all, because why not?

Generally pyrite is the “money stone”. Other alternative would be jade which symbolised ancient wealth in the orient. Other wise citrine and tiger’s eye are the usual stones to attract wealth as well.

You can put items to enhance your manifestation. For example, if you intend to keep money for traveling, you can put your passport in it. If you have no idea on what items to put, you can always write your intention and fold the notes then bury it at the bottom of the bowl. Bear in mind, they are optional, so don’t worry too much about it. If you’re saving money purely for saving, then you don’t have to put anything more.

If you keep the money bowl for a certain financial goal, write it down in a piece of paper, fold it and bury it underneath all the items in the money bowl. You can also keep photos, for example if you are raising money for a bakery shop, cut a photo inspiration and put it in the bowl. This is a practice of law of attraction. When you keep your intention firmly, the universe will help you to achieve it.

You probably notice that some people put black or green candle carved with some symbols on it. The candle will be lit when a prayer is chanted. This is a witchery practice, which I don't subscribe to. I don't think it has been scientifically proven, so no point to go to that extend. Besides that, candle impose a safety hazard.

I do put a small amount of Himalayan salt in the bowl. Salt is generally known as purifier. You can't be sure that the money you put in the bowl is "clean". If it is a "dirty" money, such as money you picked up from the floor or extra coins that you gained from your change which not suppose to belong to you, the salt will help cleanse the money.

Another popular item is metal spoon, especially silver spoon. Spoon is a sign of wealth. It indicates that you will be fed continuously as such the term "silver spoon". 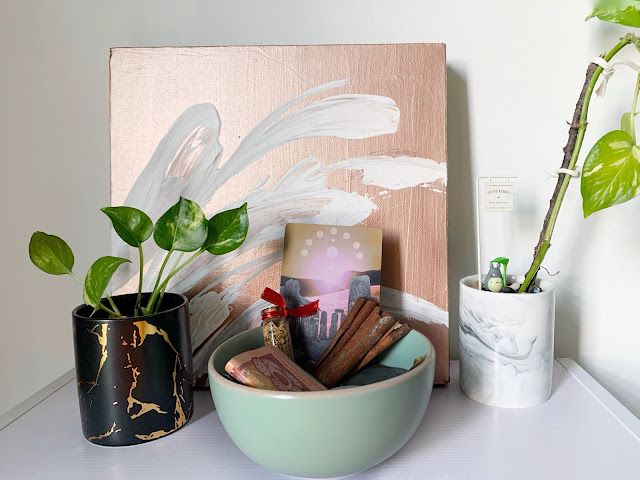 As an additional display on my money bowl, I added the Ten of Pentacles tarot card. This card often associates with wealth and also security where everyone in the family is being abundantly provided. I also added a talisman from my tarot master which consists of some dried flowers which bring prosperity.

It is also important to put the money bowl in a strategic place. It needs to be placed in the area where people pass by often to generate the qi that we Chinese call it 人氣. It would be a plus if the area has an abundance of sunlight and flowing water. If you have a business, you can create the money bowl as a tip box too.

I'm not sure if this practice is something that you believe in. Let me know if you will try or already practicing this.
DIY finance witchery